Tie Your Shoes To Your Knees and Pretend You're Small, Like Us

Tie Your Shoes are a reviewer's nightmare. Not only because of their word-count defying name, but also their inability to be categorised as anything other than "confusing". Weirdo exploits in the realm of sound collages, found sounds, experimentation and all round unpredictability.

Their debut, self-titled album was released as a free CD and also as a free download, which is available here. The band have been "working" on their follow-up release for bloody years, with no sign of it landing anytime soon. Never say never though... 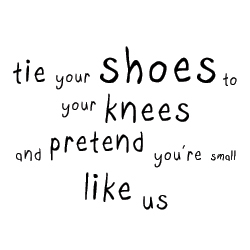 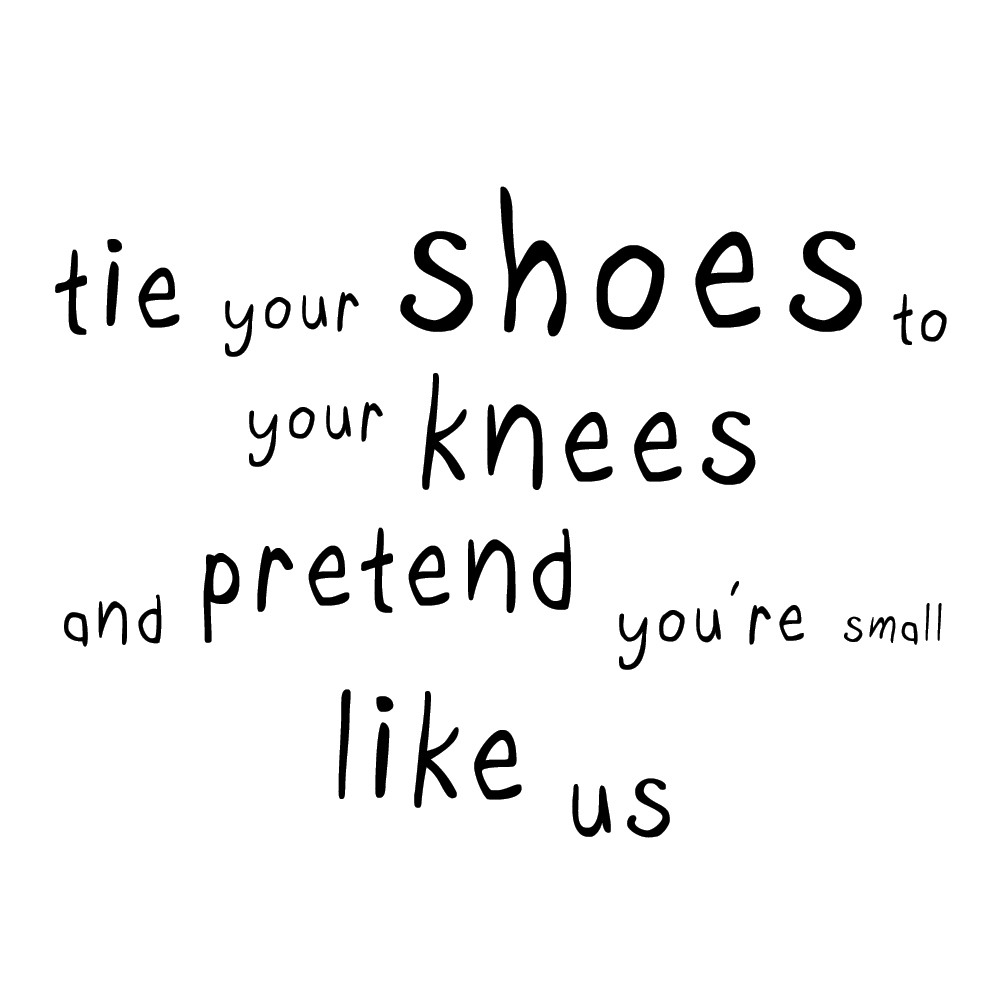 This record got some amazing reviews, here's a few of the best comments:

MusicInOxford.co.uk full review - Tie Your Shoes... are an experimental band, and I'm using that term not in the normal, lazy reviewery way for things that sound a bit different, but in a proper John Cage's mid-50s definition way. In other words, they seem to be focussing on the unforeseen elements of music making. I doubt they had a single clue what many of the sounds were going to be when they flipped them round, cut them up and showered them in delay and reverb, or that they knew what the 'songs' were going to be like before they assembled them... Perhaps they'll find it very funny that I've taken it seriously, but in amongst all the things that seem designed to perplex, there is some thrilling and surprising music.

Nightshift Magazine, May 2008 - And thus, with half the word count used up on the band name alone, we endeavour to unravel a genuine enigma of a demo. This here is yer proper journey into sound, from the opening babbling clamour of a repeatedly overlapped German accented voice chanting the band's name over and over again, through eerie electronic atmospherics, an ad hoc mess of found sounds, disembodied voices, lutes, ukuleles (or possibly bouzoukis), typewriters, elastic bands and even the odd interjection of an acoustic guitar for some incongruous normality on the CD's stand-out track, coming on like an out-take from the Wicker Man soundtrack.